Star Wars or Star Trek? Captain Kirk or Captain Picard? Seinfeld or Friends? These classic pop culture debates will rage on forever. Today we will tackle another age-old question:

In light of how passionate die hards on both sides of the equation can be, and how they are quick to attack the other as clearly inferior, it can be difficult to get an objective response to this question.  Let’s explore how these two options differ. Despite their difference in operating systems, Macs and PCs have a lot in common when it comes to hardware.

Similarities between a Mac and a Windows-based computer

Since Macs are PCs, it isn’t surprising that they have more in common than you might imagine with Windows-based PCs. What do they have in common? Windows can be installed on a Mac nowadays, even though it wasn’t always so.

The Mac is nothing more than a PC running Mac OS. Despite Apple’s efforts to portray the Mac as something different than the PC, the two are more similar than ever. Using Boot Camp, you can install and use Windows on an intel-based Mac. You can start your Mac either in Windows or macOS after installing Windows and the Boot Camp drivers.

Currently, most Macs contain X86-based CPUs, just like most PCs do. Additionally, other parts, like RAM and storage, are not typically Mac specific. Some hobbyists have even gone so far as to build their own computers and have devised a way to run the Mac operating system on those computers. You can read more about Hackintosh here, despite Apple’s disapproval of the practice.

A few examples of these similarities include the following:

Differences Between a Mac and a Windows-based computer

Generally, Macs have fewer customization options, while PCs offer a much broader range of options while supporting different types of hardware.

Differences include the following:

When it comes to Windows versus Mac, cost always comes into play. Windows computers are often the only choice for students or creatives on a budget since they come in a variety of prices.

Windows computers are often available for less than $500, sometimes even significantly less. Macs, on the other hand, tend to be much more expensive. They may be decent computers, but the price does not always reflect their value.

Make sure you have at least $1000 in your bank account if you intend to buy a Mac. That’s because Macs generally don’t sell for under $1000, and those that do aren’t very good.

The main point of contention is the significantly different ecosystem that you’re getting into. People who consider themselves PC fans see their side as more open and free. PCs, especially home built models, are able to take nearly any expansion device as long as they have the correct slots, headers, and ports.

Macs, however, tend to be very restrictive with what you can upgrade. In general, most Hackintosh configurations do not work that well, because Mac OS is quite picky about hardware.

The seamless integration and optimization of Apple’s digital ecosystem amongst numerous networks of devices, software, and services is frequently commended. It is also well-known for its capacity to lock users into a network from which they are unable to exit easily.

The Apple M1 Chip is Apple’s most powerful chip to date, as well as the first to be built exclusively for the Mac. As the first Apple-designed custom chip for a computer, this marks a significant milestone for Apple and the Mac in general. A fundamental incompatibility exists between existing macOS software and the M1, since they use a different architecture than Intel-based Macs. Mac software isn’t the only thing at risk from the change. As a result of the switch away from Intel, dual-booting Windows on a Mac is no longer an option if you’re running x86_64.

How much more secure are Macs than Windows PCs?

Apple no longer has a security advantage over Windows. The average Mac faced more malware attacks than the average PC for the first time ever in 2019. Attacks per Mac were almost double that of PCs, according to Malwarebytes’ State of Malware Report. Apple has been less proactive with security updates and patches for Macs.

Which One Should I Buy A Mac Or PC?

Buying a computer isn’t an easy process. You should ask yourself a few questions before you head to the computer store. Do you know what you’re looking for? Selecting a Windows-based computer is your best bet if you want to save money while also getting the greatest performance out of your machine. If you don’t mind investing a bit more on a computer that’s stylish, well-designed and meets your needs –  without having to overthink specs – a Mac is the right choice. Video editors looking for a robust editing PC should consider either system. The question is how much money you’re prepared to part with.

If you own a smartphone, laptop, tablet, or other similiar device, it is almost certain that it includes both Bluetooth and Wi-Fi wireless capabilities. But what is the difference between Bluetooth and Wi-Fi, and how do they work? 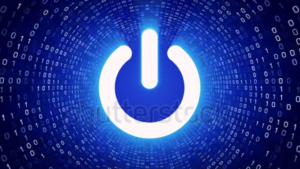 Should you turn your computer off at night?