The value of the cryptocurrency market has decreased by close to two trillion dollars, which has raised some concerns about the potential impact it may have on the overall economy.

The near-$2 trillion fall in value experienced by the cryptocurrency market prompts us to ask a challenging question: Could the crypto market precipitate a wider economic slowdown?

Bitcoin went below $26,000 for the first time in 16 months, as part of a bigger cryptocurrency sell-off that wiped off more than $200 billion from the whole market in a single day.

Investors are abandoning cryptocurrencies at a time when stock markets have plummeted from the coronavirus pandemic’s highs due to concerns about rising prices and a poor economic outlook.

It is a problem that emphasizes the inherent unpredictability of a market that, by many metrics, is still in its infancy, yet is already mainstream enough to inspire multiple Super Bowl advertisements and the attention of major financial institutions. Fidelity Investments, the largest provider of retirement plans in the United States, announced late last month that it would begin enabling customers to put bitcoin into their 401(k) accounts beginning in this year.

The question also alluded to the 2007 financial crisis, when a decline in the housing market pushed the United States into a deep recession and temporarily jeopardized the global financial system

According to CoinGecko, a business that aggregates crypto data, the total crypto market was valued at $3.1 trillion at its peak in November. It was down to $1.3 trillion on Monday. Bitcoin’s price has dropped by more than half since its peak. Luna, a digital currency, is now practically worthless, and TerraUSD, a sister coin, is in trouble. Tether, a stable-priced token that has become increasingly vital in how cryptocurrencies trade, had an urgent rescue last week to avert the online equivalent of a bank run.

According to a September Pew Research Center survey, crypto trading is most popular among men aged 18 to 29, with 43% having invested in, traded, or utilized a cryptocurrency. Overall, 16% of adults in the United States claimed they had.

According to the online real estate firm Zillow, the crypto industry is still dwarfed by sectors such as the US housing market, which was worth $43.4 trillion last year, or 30 times the current market capitalisation of crypto. According to Goldman Sachs, approximately $2.6 trillion in gold was held as investments at the start of the year, with the overall market valuation of gold estimated at around $10 trillion.

However, cryptocurrency may have a greater psychological impact than its monetary value, especially as the prices of other assets, such as stocks, plummet and rising US interest rates put the brakes on the economy.

Crypto price swings are not a new phenomena, but what distinguishes them from previous price swings is the introduction of new sorts of assets that are distinct even from bitcoin and ethereum, the two most valuable cryptocurrencies.

However you feel about Bitcoin and cryptocurrency – and educated commenters have described them as anything from the future of money to an outright scam – it certainly seems that they will be around for a while.

Crypto Has Become A Risk Asset

The term “risk assets” refers to investments that are volatile in the regular course of the market. It is no secret that stocks, commodities, and high-yield bonds are risk assets, since their prices fluctuate frequently under a wide range of market conditions. Bitcoin was long thought to be a store of value that was somewhat immune to risk assets’ fluctuations in value. This no longer holds true. Currently, BTC has fallen prey to all the things that move the value of risk assets – things like inflation, stock markets, and Fed monetary policy 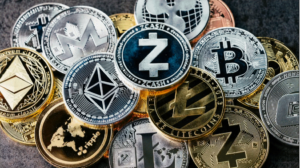 Cryptocurrency is a digital currency that is designed to be secure, anonymous, and difficult to counterfeit.